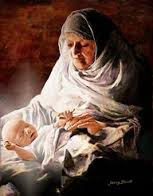 We’re now in our 22nd year of living on Down Home Ranch.  Jerry, Kelly and I moved here into a small two-bedroom mobile home we dubbed “The Mustard Seed” September 9, 1991, having sold our home, and cashed out our retirement.

Looking back, I would give those three pioneers about one chance in a thousand to actually see their vision come into being as it stands today.  We didn’t really know what we were supposed to do, much less how to do it.

Each evening we would stand on our little porch, hold hands, and sing the Phos Hilaron, an ancient hymn sung as the sun goes down.  Like as not, we wouldn’t have seen the sun all day, as it rained that entire fall.  Well, maybe it didn’t, but that’s when I learned about El Nino, and what it can do to Texas weather.

Jerry would go off to Austin to work, and I would take Kelly to school, and then I would sit in the tiny office Jerry had built onto the side of the mobile home, which I had ingloriously named “The Wart,” stare at our Mactintosh computer, and wonder what to do next.

There were buildings to be built, land to be cleared, programs to be implemented, enterprises to be created, clients to be served…the list was endless, and we started at the very most basic level: We asked St.David’s Episcopal Church in Austin for money to put in a septic system.

Graciously, the money was supplied, the system installed, and for years thereafter I told anyone connected with St. David’s, “Each time we flush, we bless St. David’s!”  At least I did until Jerry said he thought I’d shared enough.

We had a plan.  How we built the Ranch conformed to the plan to build it only in the sense that what we envisioned now surrounds us.  It was like we planned to drive to LA and mapped it all out, and got to LA but looking back saw that we’d gone by way of Seattle.  That’s why it’s hard when people want our “recipe” for doing something similar.  We can tell you what we did, but it won’t be that way for you.  An organization is like a human being.  It has its own mysterious provenance, and its own unique DNA.  There will never be another like it.

Back in the day, we didn’t admit it to each other, but we were sometimes terrified that we’d put our marriage and our child in a situation that would bring us all to rack and ruin.  That’s why we were brought so close to God in those days, and sang the Phos Hilaroneach evening, which in turn may be why the Ranch stands today.

We have changed.  Back then, we were barely into our 50s, and now we are in our 70s.  I look back and marvel at all the energy, and hope, work and vision we not only brought to the building of Down Home Ranch, but were able to convince others to bring also.  I have said it many times, but it bears repeating: The greatest thing about building the Ranch has been to witness so many people coming forward offering the best of who they are, and of what they have, so that others may have a better life.

Soon we will begin construction on our Chapel of the Good Shepherd.  Some might say it is long overdue, but I say it’s exactly the right time.  In short order, I plan to become like Anna, spending my days in the temple and helping create a sanctuary for our community and for those who love and support us.

And I definitely plan to teach the Phos Hilaron to any and all who will sing it with me as the sun goes down.