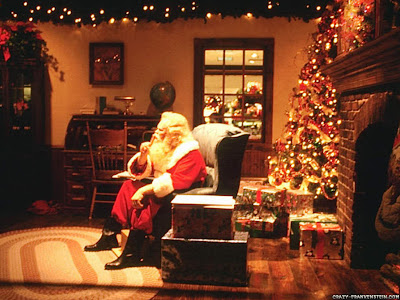 Years ago, when we'd just moved to the Ranch and Kelly was nine or so, we became friends with a family with a son with Down syndrome in his last year of high school.  The son, whom I'll call Scott, was a charmer–handsome, polite, and funny.

Scott loved the idea of living on a Ranch and saw himself as a real cowboy.  I pitched the idea of taking a barn management class with him so we could both learn best practices.  Each Saturday I would drive to Austin from the Ranch, pick Scott up at his home, and drive on to Lakeway to a large stable there where we would together learn about horse care, feeding, and “setting the barn fair.”

We had lots of time to talk, and it was fascinating for me, because although we'd boldly launched this project of building a ranch for people with Down syndrome, the only people we knew with Down syndrome were barely out of diapers!

Toward the end of our class one day in mid-November, we were chatting about plans for the coming holiday season, Scott said he hoped Santa would bring him the Lonesome Dove video.

I was a little flummoxed.  Surely Scott didn't really believe in Santa still at age 19.  But, not wanting to burst some other family's Christmas bubble, I went along.

When I got home, I exclaimed to Jerry, “Scott still believes in Santa!”  We'd been dropping huge hints for a few years to Kelly, though she had yet to take the bait.

I was genuinely concerned as I met more and more families with adult children with Down syndrome who still counted on Santa to deliver the big gift.  I wondered how they could be allowed to come into their full humanity and assume the mantle of adulthood uncompromised by beliefs surrendered by most people by the third grade.

Over the years, however, the hints we pitched to Kelly grew to the size of A-bombs and yet she arrived at age 21 yes, still believing in Santa.  And there remains the fact that most of the other Ranchers do, too.

What to do? And why does it matter so much anyway?  Where's the harm?

Well, for one thing, we didn't found the Ranch so that people could remain in perpetual childhood.  Yet, let's face it–the most engaging trait of people of all ages with Down syndrome is their childlike openness and sense of fun.  Engaging, heck, it's almost addicting!

But there must be a way to allow them to grow into full adulthood, not as our wards, but as our friends and colleagues.  Yes, they will always need the assistance we can provide because of our (relatively) umimpaired cognitive abilities.  But trust me, we will always need what they provide, too.  They came into our lives, we came into theirs, and we have changed one another.  That's what communities do.  That's what communities are supposed to do–challenge all of us to be more than we would have been without one another.

Even though sometimes the challenges are not so fun.

So last week I was in my usual Christmas quandry about how to nudge Kelly into full understanding of the Santa Claus story.

Christmas Eve we met our daughter and her family, and my sister-in-law and hers at Threadgill's for dinner and gift exchange.  The young people got into a discussion of when they'd learned about Santa.  Rachel, my granddaughter, said she'd sat in the driveway with her mom sobbing most of the afternoon, having realized at the same time the truth about the Easter Bunny and the Tooth Fairy.  Kelly paid attention.

Still, after we got back to the Ranch, she insisted on putting the plate of cookies out with a glass of milk.  Jerry and I looked at each other and shrugged.

Christmas morning there was the usual reprint of the Dear Virginia letter, and I casually handed it off to Kelly.  She sat on the couch and read every word.  “Hmmm,” she murmured.  “Interesting.”

“So, Kell,” I said.  “Who is Santa Claus really?”  I was expecting to hear “you and dad,” but my daughter is wiser than I give her credit for.

“Poetry, faith, fancy, love, and romance,” she said, her finger marking the place on the paper.

Later, after opening her presents, she made a wry reference to “Santa-Dad.”

Tomorrow we fly to Kansas to attend the funeral of our son-in-law's mother, who died two days before Christmas.  We asked Kelly if she wanted to go or stay back at the Ranch.  Kelly hates funerals.

Welcome to adulthood, my daughter.