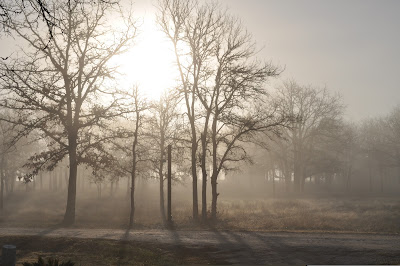 I received an email a few days ago from the mom of one of our Ranchers. She wanted us to know that her son's grandfather had unexpectedly died the night before.  She needed help putting together a plan so that her son would have support close at hand when she broke the news to him that night.

We've noticed over the years that for many, if not most, of our Ranchers the insult of death seems to remain forever fresh in their minds and hearts. They will suddenly burst out crying for a grandparent who died many years ago, the grief as raw as the day it happened.

We wonder: What's going on? Is it really the memory of Opa? Is Opa's death substituting for a current anguish that can't be named? Or could it be–in part at least–a ploy to garner a little TLC at the end of a long and tiring day?

I believe the grief really is attached to the loss, and for them the memory brings back that jolt we all feel when someone close dies–that gut-wrenching sense of loss, anger, and helplessness.

On the other hand, those of us without disabilities tend to live our lives compartmentalized neatly into past, present, and future.

I think of my mother, who died in '89, with no particular sadness. I've sorted out my feelings and packed away my memories. For me she will forever exist between the parameters of 1917 and 1989. For good or for ill, it's over.

But many of our residents, particularly those with Down syndrome, live life rooted firmly in the here and now, with a vulnerability hard for us even to imagine. They go through life with their hearts unguarded, gloriously open to the moment, but then boom! Out the sad memory pops, and the heart breaks anew.

This mom was wise to cushion the blow as best she could.

I told her I would let all appropriate staff, including Calvin, her son’s RA, know what was happening. Calvin would be near when she called that evening with the news, and his best buddy would be there, too.

At 5:30 the call was made. She said her son was initially very upset and crying but as they spoke he calmed down. After he hung up his housemates comforted him.

After supper her son asked Calvin if he could go over to Martha House and ask Anita and the ladies to pray with him for Grandpa Vic. Calvin said sure, so off he went with one of his house buddies. (The Martha House ladies are famously gifted in prayer.)

After visiting Martha House, he returned home, went about his routine, and went to bed.  The next day he was eager to share the news with me.  We talked a bit more about losing loved ones and it was clear he would need time to continue processing what had happened, but that he was well begun and feeling pretty secure in the world that remained.

It all made me think about the sad rainy night my mother died. I was all alone at the nursing home with her. Jerry was home with little Kelly.

There was nothing more to be done. Mom was scared and I was scared.  We didn't have a playbook for what was happening to us.

We sure could have used a Martha House that night.