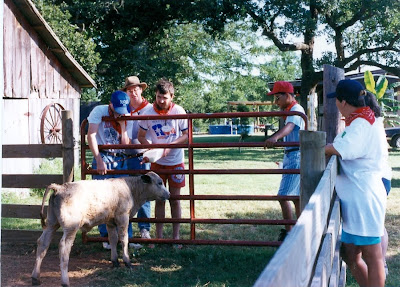 That's what the people in charge of the MARC Center in Rockdale reported in 1995 after a scouting expedition to Down Home Ranch as we prepared for the first ever Ranch Camp.

The Marc Center is an activity center/workshop for adults with intellectual disabilities.  We became acquainted with them through board members and volunteers in Rockdale, who encouraged them to think about sending their people to camp.

I have to admit: the physical plant at that time was unimpressive at best:  one very small trailer, one ancient falling-down barn. 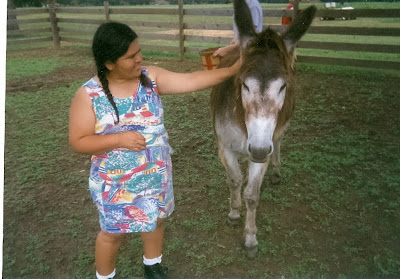 To complicate things, it was raining cats and dogs the day they came, so everyone had to crowd into our postage-stamp living room as Jerry spun his dream of acres of greenhouses, riding facilities, swimming pools, homes, retreat facilities, chapels, ponds, gardens, and cabins.

But, at the time, like I said: one very small trailer, one ancient falling-down barn.

But…we had a plan.

The Taylor National Guard post had offered cots and tents.  Port-o-potties could be rented. We would extend the porch roof out over the front lawn and eat on picnic tables. 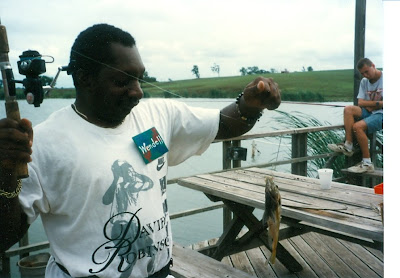 Miss Gay (consummate home-schooler and scrounger) and I began scrounging and planning activities.  We lined up volunteers.  We arranged for fishing at a neighbor's pond.  We planned to take the campers swimming every afternoon in Taylor at the municipal pool in Murphy Park.

And after that summer Miss Gay and I could have gone on to careers as recruiting officers for the military.  Every hunk of young flesh that walked by became fair game to be pressed into service as a counselor. 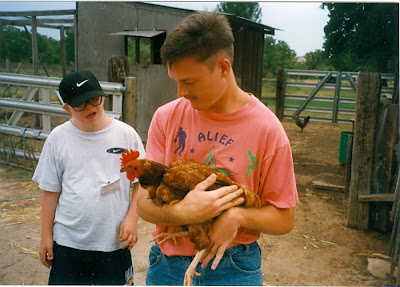 Undoubtedly against their better judgment, the MARC people signed up to come, along with a group from Houston.

Finally the big day arrived, and with it campers and their hopeful, frightened parents and other caregivers.

We had no idea what we were doing, and I'm sure it showed.

But our faith in ourselves was vindicated.  We created camp together.  Many of the MARC Center campers have returned year after year, making new memories and friends as they renew old ones. 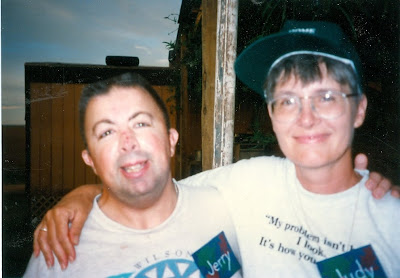 One of our favorites, Jerry Throckmorton, died several years ago.  The town of Rockdale turned inside out to honor him, from the high school teams he supported, to the neighbors whose trash he hauled out on trash day, to the people he worked with in various jobs around town.  As for us, we'll never forget him standing in front of the mobile home, looking philosophical, and saying, “Yep, you've got a pretty nice little camp here.”

We established a permanent scholarship in Jerry's name to help others share an experience he loved. 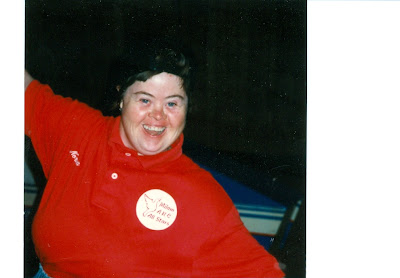 The facilities are a lot more impressive these days, but that experience is pretty much the same.  If it weren't, Ranch Camp would not keep growing from year to year, from a total of 23  the first year to  about 450 this year. Pretty much everyone who comes once, comes back, and new ones come every year.

We all agreed after that first session that we'd never had so much fun or worked so hard in our entire lives.